We’re off to the CHUTZ!!

We all knew it had to be today 😉

After shiur, they called everyone to Aruchat Eser  (morning snack) and “broke it out” by saying that the Jews in the pre-state were having trouble balancing the agricultural work and responsibilities that went along with farming and planting with their personal lives and family responsibilities…what could they do?? How about they head out and set up a Kibbutz! On a kibbutz, family and working the land go hand in hand naturally. This then became a chant (of course): “kibbutz at the Chutz! kibbutz at the Chutz.” The packing list had all the things one would expect…AND a “sickle & hammer” as well as “your socialist agenda” Ha!

Eidah Daled steps up into the leadership positions for the next 48 hours. A few Eidah Daled chanichim lead a group of about 15 campers (of all ages) around their fire pit at each meal and run a sicha one time too! The kids have such a good time!! This is every camp stoner’s home away from home (camp) away from home (yours!) 🙂

They arrived at the chutz site (a 15-min walk from camp) at lunch time and had a quick lunch provided by camp. They spent the next few hours bonding as a plugah (group around a fire pit), collecting firewood, setting up their sleeping bags (boys side and girls side to the field), davening mincha and eating shekem. Before they knew it, it was time to start their fire for dinner. Once they had a fire going, they received a crate of hot dogs, buns, corn in husks and some other ingredients for dinner. They had a great time cooking and eating together…and then made smores for dessert. Tonight’s night activity is a movie outdoors, projected on the side of a small shed: The Greatest Showman…in the Great Outdoors. Director Yakov Fkeischmann was out there helping chanichium make fires, and he will be sleeping out there with them tonight.

Enjoy the pictures!! Here is one below for a small taste 🙂 These 2 1/2 days are such a highlight of the month for so many chanichim.

Machal continues to have a fun week in DC. They had a great time in a bowling alley last night (see pictures) and made a huge Kiddush Hashem – the bowling alley put pictures on their website and tagged us 🙂 They did some advocacy today…details coming/stay tuned for more… 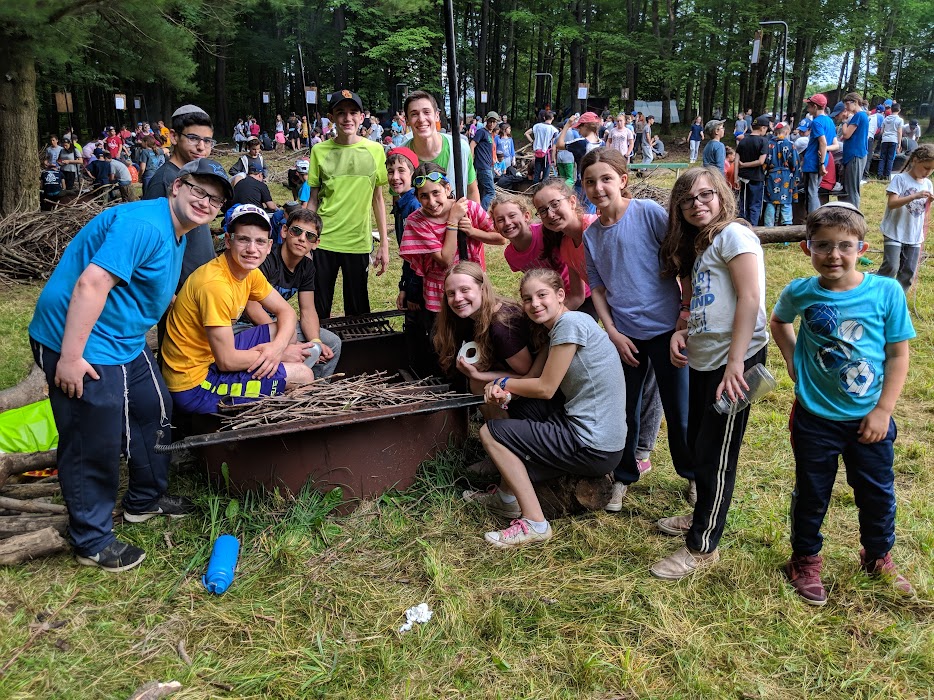 Thank you for your interest in Camp Stone! We are no longer accepting applications for Summer 2020. You are welcome to apply when our staff registration opens for Summer 2021.